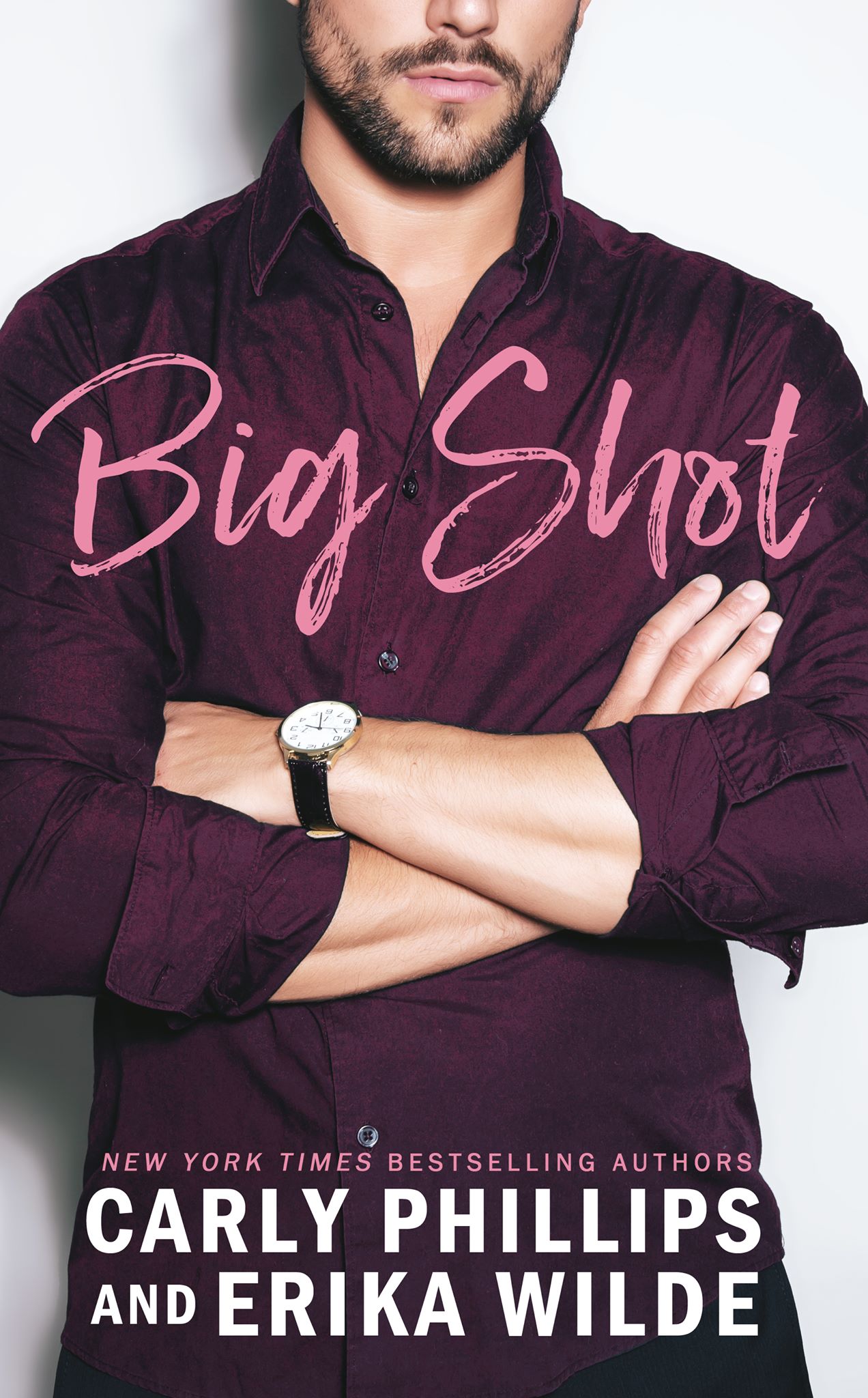 Wes Sinclair tossed his cell phone onto his desk, dropped his head into his hands, and pressed the base of his palms against his eyes in a futile attempt to stem the sudden throbbing in his temples.  “I can’t believe she fucking did it again,” he muttered irritably to himself.

“Who did what again?”

The amusing voice of Connor Prescott, one of his business partners, only spiked Wes’s displeasure.  So much for being alone and being able to vent his frustration.  Instead, he lowered his hands and glared at his good friend, who was also directly related to the person Wes was currently annoyed with.

He watched as Connor casually sauntered into the office, the dust on his jeans and boots a good indication that he’d just come in from working on a job site. “The who is your sister.  The what is stealing yet another million dollar listing right out from under me,” Wes snapped, even more perturbed that Natalie Prescott could push his buttons more than any other woman ever had, and make him rock hard at the same time.

Not that she knew what kind of effect she had on his dick, and she never would.  Because one, she was his best friend’s little sister and he’d known her most of his life.  And two, he’d never give her that kind of leverage or smug satisfaction when they were business adversaries in an industry where any weakness was exploited.  And clearly, Natalie had no qualms about playing dirty.  This was the third real-estate listing she’d yanked right out from under him in the past month, with either client incentives or a higher bid on the property for sale.

Connor sat down in one of the chairs in front of his desk, not bothering to hide the smirk tugging at the corners of his mouth.  “What’s the matter, Sinclair?  Is your ego so fragile that you can’t handle a bit of healthy competition from a girl?”

“Fuck you, Prescott.”  Wes followed that up with a middle finger salute, which only made his friend laugh.  “This has nothing to do with my ego.”  He had a reputation to uphold as one of the top luxury real-estate agents in Chicago, and Natalie was threatening his status.  Not to mention his sanity.  And okay, his goddamn ego.

He’d worked his ass off the past six years to build Premier Realty into a powerhouse firm along with his four good friends—another real-estate broker, and two other guys, including Connor, who previously worked construction but now flipped high-end, multi-million dollar houses under the Premier Realty umbrella.  Wes had industry awards to attest to his business acumen, a stable of high-profile clients any broker would envy, and he was the one who usually swooped in and snagged properties from unsuspecting real-estate agents.  And now, one single woman was starting to make him doubt his own abilities.

Wes leaned back in his chair and gave Connor a direct look.  “Is your sister trying to prove some kind of point by aggravating the shit out of me like this?  By coming in at the last minute with a higher bid that my client can’t top on my own fucking listing?”

“I’m sure she is, and it’s your own damn fault,” his friend said with a shrug.  “She wanted to work for Premier, remember?  I told you she’d be an asset to the firm.  But if I remember correctly, you not only said no, but set down the gauntlet with a very adamant hell no.”

Wes inwardly winced.  He was totally guilty of voting hell no on that particular issue, and he’d held firm on his decision despite Connor’s strong, valid arguments in Natalie’s favor.  He’d counter-argued that it wasn’t smart to mix family with business, that it was difficult to keep things impartial and make crucial decisions that could affect one family member over the other, that didn’t result in hard feelings, or resentment all the way around.

Wes knew of companies that had split or gone under because of family disputes, and he’d likened the situation to his parent’s divorce.  The split between his mother and father hadn’t been amicable.  Not even a little.  The anger and bitterness had caused so much tension between Ethan and Andrea Sinclair that it had forced friends and relatives to choose sides.  Lines were drawn, and no matter who was to blame for the dissolution of the marriage—which had been, hands down, Wes’s father fault—his mother had been the one who’d lost the majority of friends they’d made in the twenty-two years they’d been together.

Wes’s mother had been devastated at the loss, and because Wes had been so pissed at his father for being such an asshole, the entire situation was contentious at best.  There was no repairing the damage Ethan had inflicted on his wife and son, and no bridging the gap between two angry families. There was no way that Wes wanted to risk that kind of division in a working environment with his best friends.

In the end, Wes’s argument had prevailed, which was a damn good thing because he didn’t think Connor would appreciate the other reason he didn’t want Natalie around.  Hey, I know we’re best friends and all, but I want to fuck your sister and watching her strut around the office in her tight-ass skirts and fuck-me heels will have me sporting a permanent hard-on and spending the day fantasizing about bending her over my desk for a slow, hard, afternoon screw.  Umm, no.  The only thing a filthy confession like that would get Wes was a black eye, or worse, and he wasn’t about to risk being castrated by Natalie’s protective older brother.  He liked that part of his male anatomy way too much.

Bottom line, gorgeous, feisty Natalie Prescott was too much of a distraction to his dick and having her in his space every day would drive him crazy.  It was as simple, and as difficult, as that.

Wes exhaled a harsh breath and rerouted his thoughts back to his conversation with Connor.  “Every partner in this company knows the reasons why I said no to your sister, and you all agreed to them.”  Okay, so he’d coerced and pressured the guys a bit to save his own sanity, but in the end, they had agreed.  “I didn’t realize it would cause a fucking vendetta between myself and Natalie.” Because that’s exactly what it felt like.

Connor rubbed his hands down his jean-clad thighs, that small smile tugging at the corners of his mouth again.  “It’s not about a vendetta or revenge.  You know that Natalie just likes a little competition, and she’s damn good at selling real-estate.”

“I’m better,” Wes replied, and immediately realized just how juvenile the words sounded after they’d left his mouth.  What was he, in high school?

“Not lately you aren’t,” Connor said meaningfully, the smart-ass tone of his voice indicating he was thoroughly enjoying the fact that his sister was giving Wes a run for the money in the real-estate market. “In fact, I’d go so far as to say that if you aren’t careful, Natalie is going to surpass your 132 million in sales last year and knock you off your prestigious pedestal for one of Chicago’s best of the best brokers.”

And she’d no doubt take great fucking delight in taking him down. Being Connor’s best friend and growing up around little Natalie Prescott, he’d witnessed just how competitive she could be, and how much she liked to win.  Especially when it came to him.  Whether it had been a game of cards or Monopoly with Wes and Connor, or racing on their bikes to see who got to the Circle-K down the street first, she’d always strived to beat the boys.  And when she did, she always made sure to rub Wes’s nose in the fact that she’d trumped him.

Now, as adults, the business friction between them was like a tangible thing—oh, and did he forget to mention the sexual tension they’d both been deliberately skirting for the past few years only added fuel to their rivalry?—and he needed to figure out a way to diffuse the situation before his stress levels shot through the roof.

“Natalie knocking me off any pedestal isn’t going to happen,” he said confidently.

“Then you’d better step up your game,” Connor said, humor lacing his voice.  “It would be kind of embarrassing if my sister, who you refused to let work here, kicked your ass and surpassed your sales record.”

Wes rolled his shoulders, trying to replace his frustration with a semblance of calm.  He glanced at the clock on the wall, relieved to see it was nearly five.  God, he needed a drink.  A strong one to wash away the sting of defeat of losing his big deal today to Natalie Prescott.

“Want to head out to The Popped Cherry with me and Max for a drink?” Wes asked, inviting Connor to the trendy bar in downtown Chicago that they all liked to frequent.

“Not tonight,” he replied with a shake of his head as he stood up.  “I’ve got a dinner meeting at six-thirty with the city inspector who’s been assigned to the Amber Glen project, and I need to head home to shower and change before I go.”

“Better you than me,” Wes teased, knowing how boring those kind of dinner engagements could be.  “I’ll be sure to have a drink for you.”

Connor chuckled.  “Yeah, you do that.”

A few relaxing drinks, and maybe if Wes was lucky, he’d run in to one of his occasional hook-ups and forget all about Natalie Prescott.

At least for a few hours, anyways.