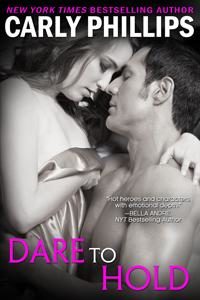 AVAILABLE April 14, 2015
TEASER:
“One night.” He reached out and rubbed his thumb across her lower lip.
His touch made her tremble and her nipples tightened into hardened points and the intensity in his gorgeous eyes had need building even stronger inside her.
“Is that what you want too?” he asked again, his gaze hot on hers.
His distinctive scent, a hint of musk she associated with Scott alone, filled her nostrils. Her stomach fluttered and the desire to wrap herself around him and take what he offered built until it was a tangible thing, living and breathing inside her tightly strung body.
She nodded, unable to speak. Her throat had grown too dry.
“I need you to say it.”
Say what? She didn’t remember his question. Only the thought of letting him into her apartment … into her body filled her mind and her senses.
A low rumble sounded from deep inside his chest. “Say … I want you, Scott. I need the words or I’ll send you inside alone.”
“I want you, Scott.” The words tumbled out, an easy capitulation that had been anything but. Another Meg Thompson decision she feared would alter the course of her life. And she was powerless to stop it. CP Publishing 2015

7 thoughts on “DARE TO HOLD PREORDER!”