“I’m not going to lie by the end of this snippet today you are all going to want to go buy this book because its OMG AMAZING!” Heather, The Book Reading Gals 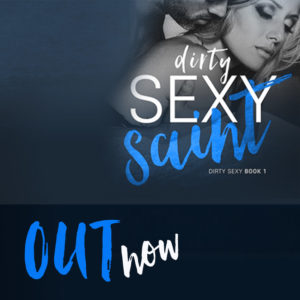 Clay waited until the two were gone and he heard Tara lock the main door before he turned around to deal with the blonde. He strolled toward her end of the bar, where she was running her finger along the rim of her shot glass, her chin propped in her hand. As he approached, her heavy-lidded gaze shifted his way, then slid down the length of his body, blatantly checking him out.

When her bluer-than-blue eyes found their way back up to his face, a soft sigh escaped her lips. “You are sooo freakin’ hot,” she said, her unfiltered comment a good indication that she was well and truly intoxicated. Then she glanced down at her empty glass and frowned. “I think I need another Royal Fuck, or maybe you could give me a Screaming Orgasm.” She giggled like a naughty little girl, so cute and impish. “I’ve never asked a guy for a Screaming Orgasm before, but that last one was so good I want another.”

The corner of his mouth twitched with undeniable amusement. Damn, he didn’t want to like her. Didn’t want to see her as anything more than the rich, privileged woman she appeared to be. The inconvenience he’d referred to earlier, and it was that thought that prompted him to put an end to her evening.

He took the shot glass from her fingers and set it in the sink beneath the bar. “I think you’ve had enough Royal Fucks and Screaming Orgasms for tonight, Cupcake.”

“Cupcake?” Her pretty eyes lit up, her complexion rosy and flushed from the alcohol. “I like cupcakes. I like to make them, and I like to eat them. And when no one’s looking, I like to lick the frosting,” she said in a low, secretive whisper.

Fuck. He wanted to lick her frosting, starting with her lush mouth and moving to her full breasts and tight nipples, then working his way lower, where she no doubt tasted sweeter than sugar. Those dirty thoughts sifted through his mind, along with a sudden jolt of arousal that had him gritting his teeth.

His physical attraction to her was unlike anything he’d ever experienced, so raw and hot and immediate. She wasn’t even close to being his type of woman, but she was such an enigma, and the kind of temptation he knew would be nothing but trouble. With a shake of his head—mainly to jog some sense into his brain—he went to the register and printed up her bill. When he turned back around, he found her gaze in the vicinity of where his ass had been, and she was now shamelessly eyeing his crotch.

She slowly licked her lips and raised her glassy eyes back to his. “That Blow Job I had was pretty tasty, too,” she said huskily, a faint hint of wickedness in her voice. “Maybe I’ll have another one of those.”

A hotter-than-fuck image of her soft, pink lips wrapped around his cock as she sucked him off emblazoned itself in his mind. His unruly dick was totally on board with that idea, and he swallowed back a groan.

Jesus Christ, she was killing him.

“The bar is closed and it’s getting late.” He placed the slip of paper on the bar in front of her. “If I can get you to settle your tab, we’ll get you on your way.” And he was certain he’d never see her again, thank God.

That frown came back again, along with a hint of worry creasing her brows. She reached into her purse, fumbled around the contents for a few seconds, then withdrew a wallet with the same pattern that was on her handbag. With clumsy fingers, she tried to slide a credit card from its slot, and when she finally managed the feat, she gave it to him.

He stared for a moment at the American Express Black Card. He’d heard that they existed, knew that the exclusive credit card was reserved for the obscenely wealthy, but had never seen one before. His bar clientele was strictly blue collar and paid in cash or with a standard credit or debit card. As he walked back to the register, he glanced at the name imprinted on the plastic card.

Yeah, she looked like a Samantha, he thought, and ran the card through the system. A few seconds later, the word DECLINED showed up on the display. Certain that was a mistake, he swiped it again…and the reply remained the same.

Holy shit. Had she really maxed out one of the highest-limit credit cards available? He hadn’t seen that coming. He returned to Samantha, but before he could say anything, she looked up at him with wide, knowing eyes.

“It didn’t work, did it?” she asked in a pained voice.

“Umm, no,” he replied, and handed her back the card. “Do you have a different one you’d like to use?” He was certain she had half a dozen credit cards to choose from.

She swallowed hard and shook her head. “No. None of them will work,” she said softly, disbelief etching her beautiful features. “He really did it. My father completely cut me off,” she mumbled in resignation.

Before he could process that interesting statement, she swayed on her chair, and Clay instinctively reached across the bar to grab her arms before she fell off her seat and ended up on the floor on her ass. She clutched his forearms as she tilted to the side again.

“The room is starting to spin.” Her eyes squinted in a frown as she tried to focus on him. “And you look…a little fuzzy.”

Oh, yeah, the cupcake was drunk. He no longer cared about her bill, but he needed to figure out what to do with her. “Samantha, I need your cell phone so I can call someone to pick you up.”

“Got rid of it,” she murmured as she pressed her fingers to her temple. “Don’t want my father to find me.”

Her responses were getting stranger and stranger, and he had no idea if what she was speaking was the truth or the alcohol talking. Who got rid of their cell phone because they were worried someone would find them—unless they were running from trouble? And now she was his problem. Fucking great.

He gently pulled her forward so her arms were resting on the counter, supporting most of her weight so she didn’t tip to the side again. He quickly moved around the bar, then turned her around on the chair so that she was facing him. She blinked up at his face, looking so sad, so forlorn, that he felt an odd tightening in his chest.

He exhaled a frustrated stream of breath. “There has to be someone I can call. Or how about I get your address from your driver’s license and have a cab take you home—”

She shook her head wildly, sending that cloud of silky blonde hair cascading over her shoulders. “I can’t go home. Don’t make me go back home.”

He really wanted to be a cold, cruel bastard and send her home anyway so she was no longer his headache, but considering her emotional state, and the alcohol in her system, she was at a huge disadvantage and would never be able to deal logically with whatever she was running from.

She reached out and clutched a handful of his T-shirt, her eyes shimmering with moisture. “Oh, God, what have I done? I don’t have…anything. I don’t have any money, nowhere to go…” As if finally realizing how dire her situation was, she threw herself against his chest and burst into tears. @CP Publishing 2016

KICK OFF THE SUMMER IG AUTHOR GIVEAWAY!! We have 6

Today is National Pink Day! Throwback to some of t