Buy it now on Amazon US 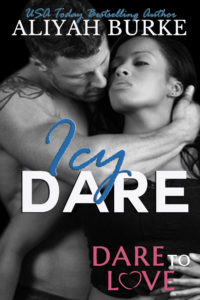 Sometimes the most passionate heat resides behind walls of ice…Dorian West puts down the bottle when a request comes in from a man he respects more than anything to help find a woman running scared. Agreeing, he discovers, she is one he could spend a lifetime getting to know and still not unearth all her secrets. Hard to when she hides behind an icy demeanor. He does have one way to get her to thaw out…Sakharre Myers is on the run. Her brother plays on defense for the Miami Thunder and she is tired of being used to get closer to him. After one relationship turns dangerous, she hightails it out of Miami. Despite her mistrust and attempts to get away from the man named Dorian there isn’t any way to ignore the sizzling passion between herself and this man sent after her. Stress and fear can accelerate a relationship and then the question becomes, will it last once everything settles down? Will they have a chance together or will Sakharre once more retreat behind her walls of ice? 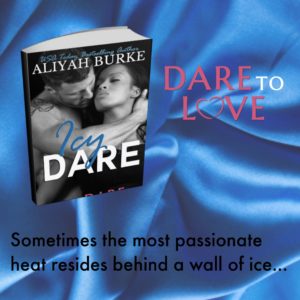 Aliyah Burke is an avid reader and is never far from pen and paper (or the computer). She loves to hear from her readers and can be reached at http://aliyah-burke.com/blog/contact/
She is married to a career military man, they have three Borzoi, and a DSH cat. Her days are spent sharing her time between work, writing, and dog training/showing.