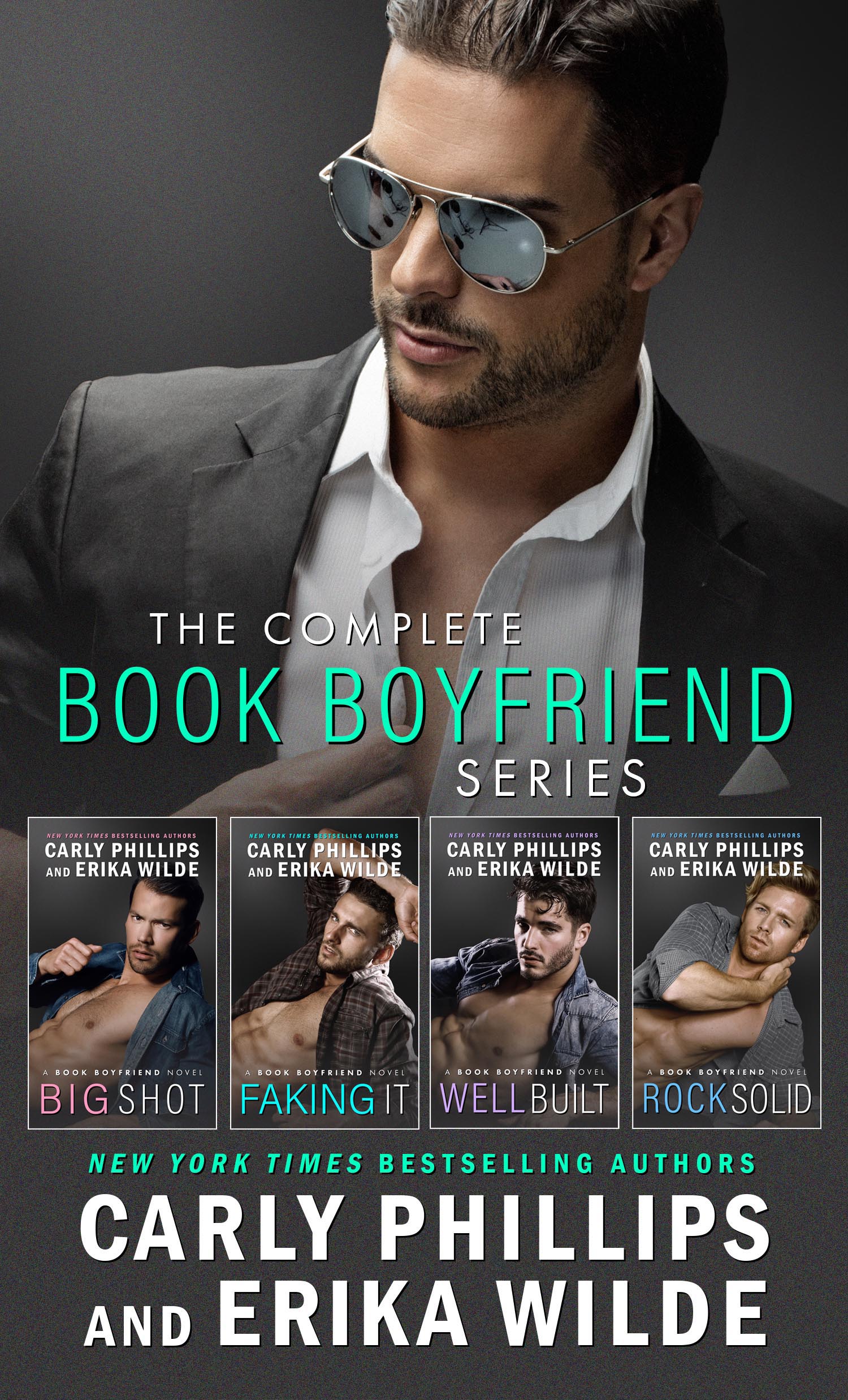 All 4 full-length Book Boyfriend novels (the entire series) are now available in a box set!

Wes Sinclair is a notorious heart-breaker, a hot as sin bad boy with a panty-dropping smile no woman can resist. Except for his best friend’s little sister and business adversary, Natalie Prescott, who seems immune to his flirtatious charms. While she’s become a permanent fixture in his dirtiest, most scandalous fantasies, she wants nothing to do with him, or his seductive promises. Challenge accepted. His goal? To bring her to her knees, make her beg, and show her just how good being bad can be.

Confirmed bachelor Max Sterling isn’t into rescuing damsels in distress, but when the very tempting Hailey Ellison needs his help, there’s only one thing for him to do. Step in and pose as her loving fiancé. Except there is nothing fake about his attraction to her, or how much he wants her beneath him in his bed, moaning his name. But what starts as a sexy, flirty, temporary engagement, quickly becomes something more serious that neither one ever anticipated.

When it comes to women, sexy, well-built Kyle Coleman has always been a lover, not a fighter. His one exception? The tempting, beautiful Ella Fisher. Her family and his share a tempestuous past, which make the two of them as a couple off-limits—despite the fact that she inspires some of his dirtiest fantasies. He’s kept his hands off of her for years . . . until the lines between family loyalty and lust become irrevocably blurred one fateful evening and changes everything between them.

Connor Prescott doesn’t do one night stands (yes, ladies, he’s an anomaly) so when he meets a beautiful woman during a snowed in night at the airport who wants to forget her heartache, he makes an exception. Their night together is incendiary, and by morning Connor wants more . . . except his sexy stranger is gone. He’s pretty sure he’ll never see her again, until three and a half years later she finds him, and changes his entire world with three little words . . . You’re a daddy.