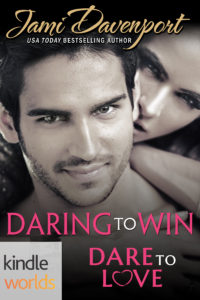 One day away from living on the streets, former pro football player Jake Hudgins has sunk to an all-time low. When he’s offered a job in a fledging program to transition athletes at the end of their playing careers, he jumps on it, even though the offer was made to the financially-sound man he’d once been, not the broke one he is now. Taxed with being a good example for young athletes, Jake is a fraud, and his co-worker is suspicious.

Aggie Hermann has come to terms with never being a size 6 or even a size 12. She’s made peace with her body and avoids men who see women as objects instead of looking deeper. Her new coworker, Jake, appears to be the superficial variety, and he has a secret. Aggie’s certain of that, even as she struggles with the irresistible attraction between them.

Working closely together to get the job done ignites Jake and Aggie’s passion until the resulting fire is sure to burn them both. Can their love survive the fallout when Jake’s secret is revealed, or will it be reduced to ashes?

Grab it now on Amazon 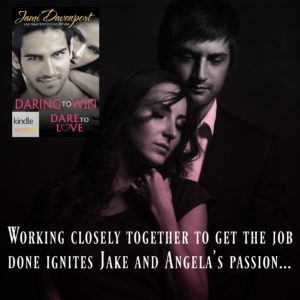 1 thought on “Daring to Win by Jami Davenport”