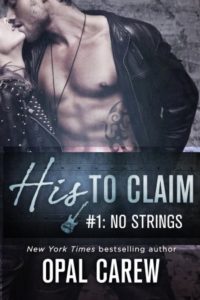 HIS TO CLAIM is about Rafe and Melanie – a rock musician and head of a multi-billion dollar business and his former assistant. Melanie had always been timid, almost preferring to blend into the wallpaper, but also has harboured a secret crush on Rafe for years. But, when she decides to leave her shy exterior behind and live out her own sexy bucket list, the two are thrown together in a whirlwind affair that pushes both their boundaries.

In particular, I really just can’t get enough of one returning hero – Storm! I liked him so much that I wrote a prequel to His to Possess called Taken by Storm that was released in the New York Times Bestselling Unraveled Box Set. And I was thrilled to be able to explore the character of this sexy biker rock musician even more in His to Claim. I fell in love with Storm as I was writing him, and I think my readers did too! 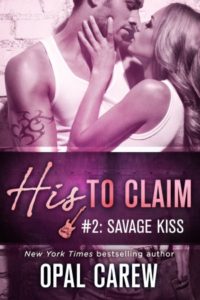 But what is it about rock musicians that we just find so irresistible? Is it their bad-boy rocker appeal? Pure musical talent? Impending fame and fortune?

For me, it’s the allure of adventure and freedom! I could just hop on a tour bus with Storm and go anywhere (or park anywhere, if that’s what he wanted – haha!). Travel the world, watch him dedicate songs to me in a different town every night. That’s the dream, right? And that may just be what Melanie is after too….

But Carly and I want to know what your opinion! What do you think is the sexiest thing about rock musicians?

I will give away a digital copy of Taken By Storm to one lucky commenter.

Carly, thanks for having me here!

As a New York Times and USA Today 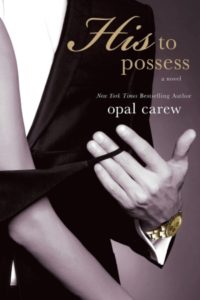 You can learn more about Opal and her books on her website, or by following her on FB or twitter .