I met Robin Covington through Mini-Me when she was editing for Entangled Publishing. Lucky me! Robin writes fantastic stories … and she’s a super wonderful person to boot! Robin fit this book in and I couldn’t be happier. Note to readers – Robin’s book is SIZZLING – dirty talkers and hot sex — NOT for the faint of heart! Enjoy! I know I did.

DARING THE PLAYER by ROBIN COVINGTON 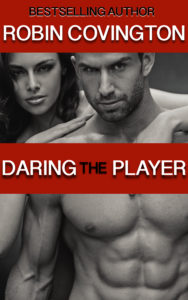 Raised by a pro football legend, Miami Thunder wide receiver Rep Grissom has a career most would envy.  A toxic marriage with a party girl almost put him on the sidelines, but now he keeps his head down and makes the moves on the field that leave younger players in his dust. Now all he has to do is maintain the status quo and he’s guaranteed a lucrative new contract at an age when most guys are retiring.
Lola Corbin is used to leaving all the big boys in her rearview mirror. The lead singer in the worlds biggest rock band she fills up arenas and closes down the clubs but with the group on the brink of breaking apart her future is uncertain. Years spent on the road has left her with nothing at home except platinum records on the walls, an empty fridge and a cold bed. For the first time, she’s looking for something and someone beyond the spotlight.
When Lola’s first night in her condo ends with Rep breaking up a fight he realizes that temptation has moved in next door. Lola doesn’t usually go for the strong and serious type, but the more she sees of her neighbor, the more she wants. When a thank you dinner turns into dancing and a hot tryst in the back of the club their attraction cannot be denied. But when Lola-induced trouble results in a front-page-career-ending spectacle the player must decide if he’s going to be as daring with his heart as he is on the field.
BUY DARING THE PLAYER

NOTE:
As the world is licensed to Amazon, the books are available on Amazon only. If you aren’t a Kindle user, no worries! You can still read the stories on the FREE Kindle APP that you can download on your computer, smart phone or tablet. DOWNLOAD HERE! 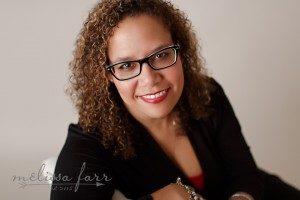 Robin Covington loves to explore the theme of fooling around and falling in love in her bestselling books. A Night of Southern Comfort, her debut novel was nominated for the RT Book Reviewers Choice Awards for Small Press and was touted by RT Book Reviews as bringing a “fresh, modern feel to the genre while still sticking to the things that get our adrenaline pumping — sex and danger”. Her books were also nominated for the Bookseller’s Best Award and the National Reader’s Choice Awards.

Robin lives in Maryland with her hilarious husband, brilliant children (they get it from her, of course!) and her beloved furbabies.