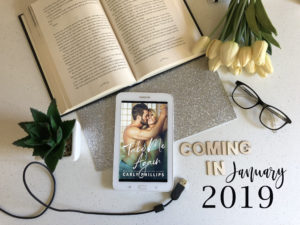 He nibbled down her neck, sucking on her collarbone until she was a trembling mess in his arms, only the firm grip of his arm, which had, at some point, moved around her waist, held her jelly-like legs up at all.

Suddenly he lifted his head, meeting her gaze, his blue eyes a deeper than normal shade. “Think about that when you remember the perfectly nice guy waiting for you in London.” He set her firmly on her feet, waited until she was steady, until she could hold herself up without the dizzying assault on her senses affecting her.

Thank you Images for Authors for gorgeous graphic!

2 thoughts on “Take Me Again Teaser”