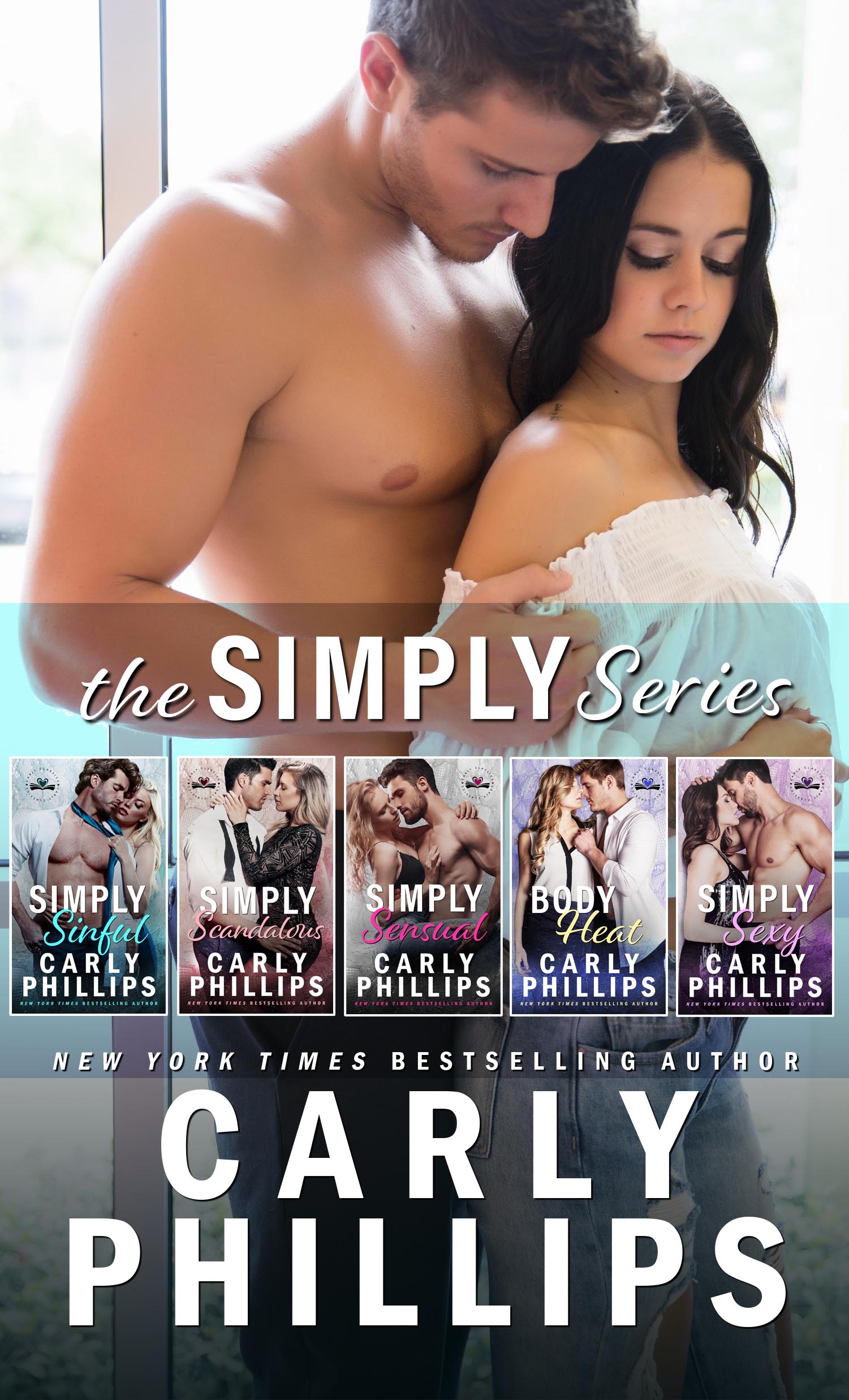 5 Carly Classics from the bestselling Simply Series in one hot bundle!

Any rookie on the force could verify if Charmed! is a legit etiquette school for businessmen, or…something else. But coming off a wrenching drug bust, Detective Kane McDermott’s captain gave him a choice. Take the fluff case, or take enforced time off.

The moment Kane meets Kayla Luck, he’s in trouble. She’s fierce, keen-eyed intelligence in a body built for sin. And when they touch, the jolt of desire reminds him it’s never wise to mix police work with pleasure.

Kayla is used to handling men who are more focused on her curves than her mind. But when her newest client arrives for lessons in foreign language and business etiquette, she’s the one who can’t tear her eyes off all those muscles wrapped in a sexy, double-breasted suit.

Dinner out leads to a hot night in bed, and Kayla falls hard and fast. Until she learns the business suit hides a badge, and she calls it quits. But Kane’s already lost his heart—and discovered she’s in danger. And if he can’t convince her she’s safe with him, he’ll lose the woman he loves.

In retrospect, it was all Gran’s fault. Logan Montgomery has found his niche as an assistant district attorney. But Gran just revealed some worrying intel—dear old dad and his political cronies are about to maneuver him into running for mayor.

But Gran has a plan. A pre-emptive strike involving a pretty blonde caterer with supple curves—and a family history literally dripping with scandal. There’s just one flaw in his grandmother’s scheme: Logan’s not a player. And there’s a delicious spark of attraction that makes him want to try for something special with Catherine Luck.

Do the job. Take the money and run. Until, in a flash, love changes everything.

NYC summer days are hot. Nights are even hotter…

Not much has stirred Detective Jake Lowell’s interest since a perp put a bullet in his shoulder, killed his partner, then walked on a technicality. Until a sexy waitress at a tiny neighborhood café catches his eye.

Physical therapy is the last thing on Jake’s want-to-do list, but he needs it to get back on the street and track down the killer. But what’s a guy to do when he meets his new PT—and it’s his smoking hot café angel?

Working two jobs, Brianne Nelson never expected to do more than fantasize about Mr. Tall, Tanned & Gorgeous. But when her new private PT client turns out to be the man who fuels her fantasies, she realizes she’s going to be seeing a lot more of him—in the flesh—than she bargained for.

It’s not long before skin-on-skin contact turns into a hot summer fling. But the killer Jake is after isn’t going down without a fight and more than their hearts could get caught in the crossfire…

It all started with a not-so-innocent sprig of mistletoe…

Note: These titles were originally published in 2000 – 2002 by Harlequin Temptation, Blaze. It appears here in its original glory, without substantial revision. 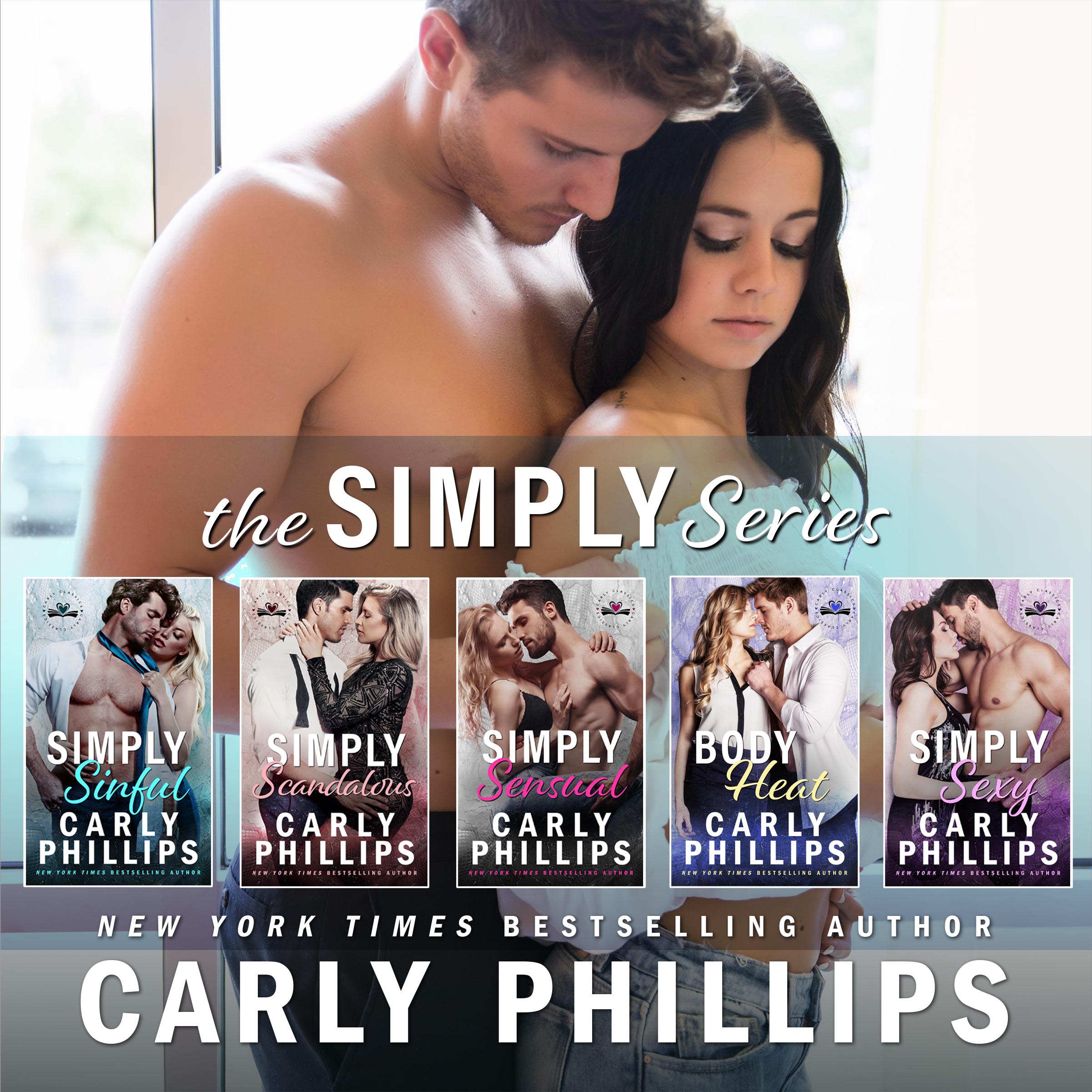